China warns UK, US and Australia will pay the price for diplomatic boycott of Beijing Games 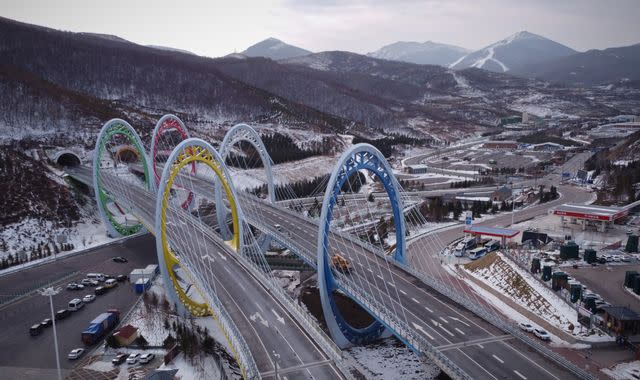 Australia, the UK and the United States can pay the value for his or her “mistaken acts”, after deciding to not ship authorities delegations to February’s Winter Olympics in Beijing, China’s overseas ministry has stated.

It comes after the nations introduced diplomatic boycotts over human rights issues.

However, France on Thursday stated it won’t be boycotting the Games, with French Education Minister Jean-Michel Blanquer telling BFM TV: “As for a diplomatic boycott… France won’t do it… Sports is a world in itself, which have to be shielded from political interference, in any other case… we are able to find yourself by killing the competitors.”

He stated violations of human rights in China have to be condemned, however added that Sports Minister Roxana Maracineanu would attend the occasion.

“They must pay the value for his or her mistaken acts.”

When pressed on the difficulty at Prime Minister’s Questions on Wednesday, Boris Johnson stated no diplomats had been set to go to the Games – which run from 4-20 February 2022 – and there could be an “efficient” boycott.

However, he added: “I don’t assume that sporting boycotts are smart and that continues to be the coverage of the federal government.”

The nations which have introduced boycotts are nonetheless permitting their athletes to compete.

China’s response follows Australia and Britain becoming a member of the US after it decided to hold back its diplomats and officials from the Olympics on account of “egregious human rights abuses and atrocities in Xinjiang”.

On Wednesday, the US House of Representatives handed laws to ban imports from the area over issues about pressured labour.

China has repeatedly denied human rights abuses towards the Uyghur inhabitants however there have been claims of torture and deaths contained in the infamous re-education centres.

He stated Australia had struggled to reopen diplomatic channels with China to debate alleged human rights abuses within the far western area of Xinjiang and Beijing’s strikes towards Australian imports.

Mr Wenbin accused Australia was “blindly following” the US, including: “Whether they arrive or not, no person cares.”