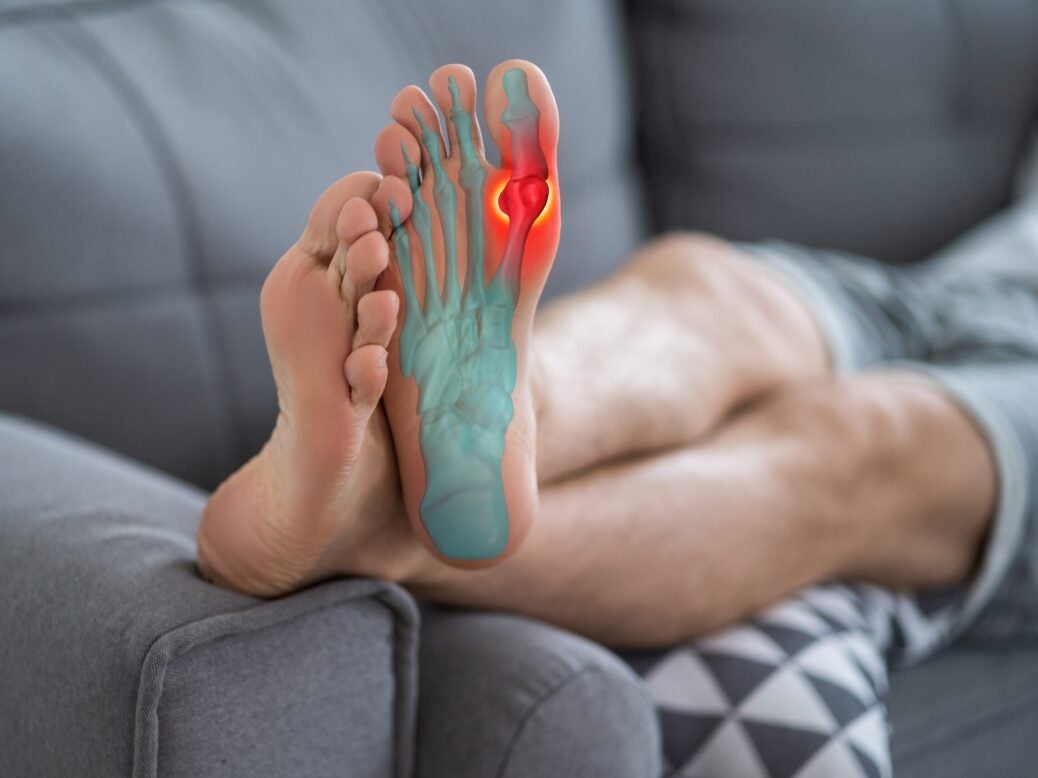 This week on Pipeline Moves, we look into the termination of a Phase II trial in gouty arthritis (gout). We also feature the positive topline safety and tolerability data from a Phase Ib trial in allergic rhinitis and nasal congestion, as well as the completions of Phase II trials in anorexia nervosa, paroxysmal nocturnal haemoglobinuria (PNH) and polyomavirus infections.

Interested in seeing these updates in your inbox? Sign-up for our weekly Pipeline Moves newsletter. You can read last Tuesday’s edition here.

R-Pharm’s RPH-104 saw its Phase Transition Success Rate (PTSR) in gout drop by 23 points to 19% after a Phase II study termination. The trial was terminated because of continuing insufficient patient recruitment due to the Covid-19 pandemic and company resource allocation.

GlobalData evaluated the asset on 26 July after a ClinicalTrials.gov update on 25 July. PTSR is the probability, given as a percentage, of a drug progressing successfully from one development stage to the next.

The Phase II’s early end is also due to previously reported November 2020 interim analysis based on 47 patients. The trial’s primary endpoint is pain intensity change from baseline in the assessed joint 72 hours after treatment.

Revelation Biosciences’ REVTx-99 saw its PTSR in allergic rhinitis and nasal congestion jump after the announcement of positive topline safety and tolerability data from a Phase Ib study (ACTRN12621001455853). The PTSR rose by 19 points to 73% in allergic rhinitis and 12 points to 19% in nasal congestion. The company published its press release on 22 July, with GlobalData appraising the asset on 25 July.

According to the company update, the primary safety and tolerability endpoint was met. At the same time, there was no reduction in Total Nasal Symptom Score and no increase in peak nasal inspiratory flow versus placebo, both secondary endpoints, as per the press release.

The company aims to evaluate the future development of the program. The study evaluated the safety of the asset in subjects with allergic rhinitis to rye grass pollen. It split the participants into two groups, with one receiving the treatment before the introduction of a nasal allergen challenge, and the other after the challenge’s administration.

Compass Pathways’ psilocybin saw its PTSR in anorexia nervosa leap 16 points to 48% after an investigator-sponsored Phase II trial’s completion. ClinicalTrials.gov updated the study’s status from active, not recruiting to completed on 25 July, and the PTSR change took effect the next day.

The University of California San Diego sponsored the Phase II study (NCT04661514), and London, UK-based Compass was a collaborator. In the trial, 16 patients with anorexia nervosa received a 25 mg dose of psilocybin during a 4-6 hour session administered by a therapist. The study listed 12 primary endpoints, including measures of adverse events, vital sign changes, and laboratory tests after seven, and 28 days. Secondary endpoints included measures of eating disorder symptoms and behaviours.

Anorexia nervosa is an eating disorder characterized by an abnormally low body weight and distorted body image. Psilocybin is a hallucinogenic alkaloid that has shown some early evidence of efficacy in treating psychiatric disorders such as depression, anxiety, and addiction.

Novartis’s tesidolumab (LFG316) saw its PTSR jump nine points to 68% in PNH after a Phase II trial completion. ClinicalTrials.gov updated the study’s status from active, not recruiting to completed on 20 July, and the PTSR change took effect the next day.

Vera Therapeutics’ MAU-868 saw its PTSR in polyomavirus infections rise by seven points to 25% following a Phase II trial completion. The study’s listing on ClinicalTrials.gov was updated to completed on 22 July, with GlobalData evaluating the asset on 25 July.

The Phase II study (NCT04294472) assessed the safety and efficacy of the investigational drug MAU-868 in adult patients who received a kidney transplant and have an active BK virus infection. The participants should have received a kidney transplant within a year prior to enrolment in the study and documented BKV viremia confirmed by laboratory testing within the last ten days. The BK virus is a member of polyomaviruses, which are small DNA viruses that can remain latent after primary infection and can cause illnesses in immunocompromised hosts. MAU-868 is a monoclonal antibody under development for the treatment and prevention of BK virus-associated nephropathy and haemorrhagic cystitis.

The study’s primary endpoints measured the decrease of BKV viral load in the blood plasma within 12 weeks, as well as the time (weeks) needed to first decrease the BKV plasma viral load to levels less than the Lower Limit of Quantification (LLOQ).

The study initially aimed to enrol 34 participants but ended up recruiting 30 subjects. The trial was initially sponsored by Amplyx Pharmaceuticals, a Pfizer subsidiary, and was then taken over by Vera after it acquired MAU-868 in 2021.

GlobalData’s proprietary model uses a combination of machine learning and an algorithm to calculate an individual drug’s PTSR and LoA. While LoA provides the probability of a drug ultimately receiving market authorization, PTSR indicates the probability of a drug’s advancement to the next stage of clinical development. The model uses data points from the individual drugs, clinical trials, regulatory milestones, company, and financial databases.