Dispelling The Misconceptions Of Conducting Clinical Trials In Russia 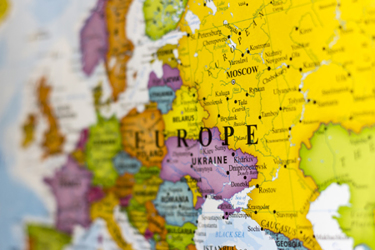 Russia is a growing area for clinical trials. In 2018, 654 new trials were approved in Russia. Approximately 50% of those trials were initiated by multinational companies led by Novartis, Roche, Pfizer, Janssen, Abbvie, AstraZeneca, and Merck. Oncology trials led the way with 114 trials, followed by rheumatology and neurology. Futura Medical is one company that has been actively conducting trials in the region.

“We have a lot of experience running clinical studies in Eastern Europe and Russia,” says Ken James, Head of R&D at Futura. “That area was a relatively new venture for us until 2019. That year we ran a big Phase 3 clinical study for erectile dysfunction (ED) involving a thousand patients in Russia and other countries including Georgia, Ukraine, Bulgaria, Latvia, and Poland. A total of nine countries were involved. The decision to conduct the study in those countries was largely based on cost. We felt it would be more economical to conduct the study in Eastern Europe as opposed to Western Europe or the U.S.”

There was a lot that Futura learned in the conduct of that study. The most important take away is that there were a lot of misconceptions that existed around conducting trials in Russia. Some of the challenges that supposedly existed were not as problematic as noted in general literature. With the experience it gained, Futura is now preparing to launch another Phase 3 trial in the region.

The first misconception centered on the cynicism around the quality of data coming out of Eastern Europe and data compliance to the procedures that are laid down.

“We quickly realized that was a big misconception,” states James. “If you look at the published literature, there have been a number of articles written on this. I believe the number of FDA and EMA inspections turning up major or critical issues was less in trials running in central and eastern Europe than in the west. Tim Holland, Clinical Development Director at Futura added that they certainly did not experience any issues with data quality.

“We focused on selecting sites that had appropriate levels of experience and resource and took the time to review each site selection report that came through which included predicted recruitment prior to site selection,” he says. “We were really impressed with the overall quality of the data.”

Holland notes the company does check all information to ensure there is quality output at the end of the day, audits are conducted the data is checked at data management review and studies are run according to ICH/GCP requirements and the Declaration of Helsinki.

The second misconception revolved around the unfamiliar bureaucracy in Russia and Eastern Europe. The concern is that the bureaucracy in those countries is not uniform like it is in the U.S. Every country can have its own particular issues.

Futura found that issue could be easily mitigated via the choice of the right CRO. Holland notes a CRO with experience in those countries can easily navigate the bureaucracy and do so quite smoothly.  Therefore, the company put a lot of effort into its CRO selection process.

“We wanted to look at CROs that had at least five years of experience of conducted ED studies in Russia and Eastern Europe,” states Holland. “We started off sending requests for information (RFI’s) to 18 CROs and were able to quickly whittle that list down to the top three. We found there were very few CRO’s who had experience of conducting ED studies in those countries in the past five years.”

The CRO Futura selected for Russia, Ukraine Bulgaria and Latvia was OCT Clinical Trials. Holland notes the key to success in Eastern European countries is choosing a CRO with the experience and track record overcoming the bureaucracies that exist in those countries.

“It has been suggested that regulatory approvals can be slow in each of the countries in question,” he says. “I’ve seen reports noting that it can take as long as seven months to get regulatory approvals through. We saw approvals coming through in less than four months, but it can be as short as two months in certain territories like Georgia and Bulgaria. In Poland and Ukraine, it was closer to three to four months. That timeframe is approximately the same as it is in the U.S. Our CRO was critical to helping navigate the entire process.”

A third misconception revolved around the cost of trials. Many believe trials in Russia and Eastern Europe carry a lower cost but are laden with hidden costs that may not arise until later in the study. James believes that concern is also overstated. While some costs did arise during the study, they were easily managed.

Tim Holland notes he uses a bid grid generated by the Pharmaceutical Contract Management Group (PCMG) to perform contract management. That grid has been optimized to his company and helps ensure there are no hidden surprises that arise.

The next misconception was around regulatory submissions. The misconception is that in Russia and Eastern Europe those filing procedures are risky and complex. That was not Futura’s experience. Once again, a competent CRO can make the process easier.

“If you have a good CRO they will lead you through the process and make it a relatively painless exercise,” says Holland. “If you get a CRO who is experienced in that country, they are worth their weight in gold and will help you through the process. The CRO we chose was proactive compared to other providers we spoke to. They were able to come up with solutions for problems. They demonstrated a certain level of proactivity above and beyond what we expected. We had no experience working in that area and were surprised by their level of experience. Their can-do attitude impressed us, and we were convinced they were driven to deliver the study on budget and on time and to high quality standards.”

One factor that was not a misconception related to the cost of the trial: Futura opted to conduct its trial in Russia and Eastern Europe for the cost savings, and the company was not disappointed. James notes small companies like Futura are cost constrained and must get the best value for their money. The largest market for ED is the U.S., but there is a large, robust population of patients in Eastern Europe and Russia as well. The company required 1,000 patients for the trial and the location decision was largely driven by cost. Most of the patients were recruited in Russia and Ukraine and the company saved about 50% as opposed to what it would have paid to run the study in the U.K. or the U.S.

Finally, Holland notes the importance of language. He believes it is important that the CRO Project Manager is able to speak your language fluently. That is necessary since you will speak with them often over the period of the study.